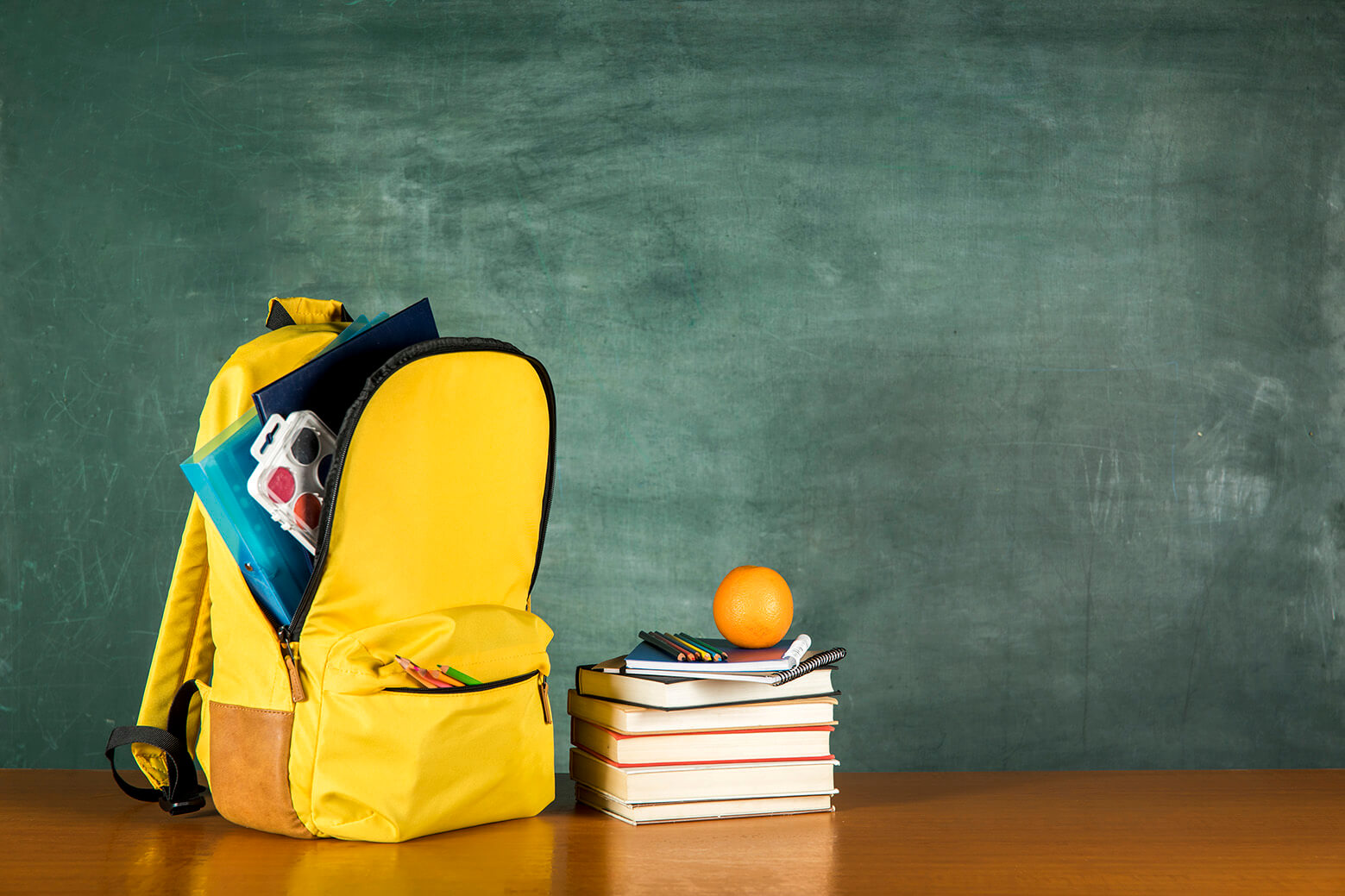 An insight into our children’s education

A good education for our children is every parent’s concern and priority. However, as Muslim parents we have lost sight and understanding of what a good education truly means. To most parents today a good education is one which ensures their child gains a place in one of the in-market careers. It is very evident that our understanding of education is directly related to a comfortable life in this world. Our expectations from this life and our goals have come in line with those of the unbelievers. Thus, it is no surprise that the means we take to acquire education and our goals of education are not different than those who do not believe in the Hereafter. While it is not impermissible or wrong to desire a good life for our children, it is critical to look whether we are seeking it at the cost of our faith.

The vast majority of Muslim children attend main stream non-Muslim or un-Islamic Muslim schools for education. It is important to compare between these two schools for gain a better understanding of how they are the same and how they are also different. Non Muslimschools are those whose administrators, teachers and majority of students are Non Muslims. These schools often have their religious and cultural influences on the curriculum and thus on the students’ lives. In such schools prayers are made to other than Allah, the islamicdress code is prohibited, non Muslim festivals are celebrated and ideas that may be contradictory to Islamic beliefs are upheld. Seeking “education” in such schools is Haram for Muslim children for this and many other reasons that corrupt the fitrah with which the children are born. It destroys the understanding and application of Tawheed (oneness of Allah) from the children’s lives. These children are in constant conflict and confusion between the Islamic beliefs and practices and the un-Islamic ones. They lose the criteria to judge between right and wrong. As such, children who are “educated” in such schools are oblivious of Allah, His Messenger, the message of the Quran, their obligatory duties and how to perfectly fulfil them, Islamic rulings on what is permissible and what is not, Islamic morals and ethics and other important aspects of religion along with the true purpose of their lives.

Heartbreakingly, many parents approve (whether ignorantly or otherwise) their children being actively involved in haram, shirk or kufr speech and actions at school and home. For example, many parents send their children to school without any hesitation on Christmas Day for celebration. Then, there are those parents who seek to cover up this damage done to their children on a daily basis (eight active hours to be precise) by claiming that their children are not affected by the school’s culture or their peers’ because essentially taribyahis done at home and that they correct, undo and rectify the un-Islamic beliefs and teach correct beliefs to their children at home. Even if this claim is believed to be true (although not all parents are knowledgeable enough in deen for this task not to mention the very limited quality time the parents get with their children after school) the contradictory actions of these children at school and home speak loud enough. Children need a pure and flourishing environment where their faith can be nurtured. Believing that sending the children to non-Muslim schools will help them see and face the real world and expecting that their beliefs and actions will not be corrupted is like dipping your garment in filth and expecting it to come out clean! It is against common sense. It cannot be expected that these children will graduate from such schools and come out to be sincere slaves of Allah with the correct understanding of Islam and live a life in a way that is pleasing to Him. The examples of such young adults are everywhere around us to see. Yes, there are exceptions. But we do not make decisions in life based on exceptions. The damage done during these delicate and precious years of childhood in such schools are not to be ignored.

The un-Islamic Muslim schools on the other hand are those that are administered by the Muslims. The teachers and majority of the students are Muslims too. However, this school does not run according to the laws of Allah. Many “Islamic schools” happen to fall in this category too. Mere introduction of Arabic and Islamic studies subjects does not make a school an Islamic school. In such schools you will commonly find contradicting practices taking place throughout the academic year. For example, on one hand the school may have a Quran competition for students while on other hand you will find them conducting impermissible events and activities too. Such schools are established for the sake of profit alone, and not to serve Allah’s religion. Most teachers in such schools just happen to be Muslims and teachers. They did not consciously become Muslim teachers. They may considerably be lacking in their practice of Islam. They may have a bachelors degree in education but very little authentic knowledge of Islam which results in lack of faith and righteous actions. They probably earned a bachelors degree in education for the sake of taking up a teacher’s job (as it has many benefits) or because there was nothing else to do, not to serve the Ummah by fulfilling the great responsibility of guiding the Muslim students to the best in this world and the next. Consequence of having such “Muslim” teachers are many. One of them is that he or she will fail in distinguishing between the correct and incorrect knowledge. For example, while teaching children about the theory of evolution he or she will pass through the topic just like any other teacher without acknowledging let alone refuting that believing in this theory is Kufr (disbelief). Likewise, the manners that he or she displays at school will be contrary to the Islamic teachings. Students coming out of these schools are hardly having any distinguishing Muslim qualities.

How do then Muslim parents successfully take care of their children’s educational needs? It cannot be denied that education is necessary for a good life in this world as well as next. There are permissible and blessed ways in which parents can provide their children good education. Firstly, its important to realise that educating the child is the parent’s responsibility. The salaf (righteous predecessors) were educated at home by their mothers and fathers. It is only recent that sending children to schools became the norm of the societies. Homeschooling children is the best gift and best means of education parents can give to their children. Its challenging, but it’s doable. And most importantly, it’s a rewarding journey. There are an increasing number of Muslim families, interestingly even the non-Muslim families who are homeschooling their children for the sake of preserving their religionand culture. A search online on Islamic homeschooling can enter parents into a new world they did not know existed. Homeschooling is not keeping children in the “nest” or controlling the children. It’s providing a pure, safe and flourishing environment for learning and growing. It also provides the child an excellent opportunity to bond with their mother as an educator and mentor and nurture under her Islamic guidance and good influence. Academically, homeschooled children are often more independent and curious learners. They develop a love for learning. No wonder why they often do better academically than school going children. They also enjoy freedom with regards to studying topics of their interest in depth and avoid that which is against the Islamic beliefs and teachings. They have plenty of time to learn and memorise the Quran, learn Arabic, and study Islamic studies. Homeschooledchildren are also more self-disciplined, respectful and well mannered.

The next best means is to educate the children in true Islamic schools whether they are virtual or physical. Although few in numbers, these schools are built to serve the Muslim community. The teachers are Muslims who practice their religion, are mindful of Allah and deal with children according to the Sunnah of Prophet Muhammed (salAllahu Alaihi wasallam) thus setting an example for children to learn and follow. Since most parents choose such schools with the right intention (to nurture their children Islamically and give them the best atmosphere) students get the opportunity to befriend good children. A good companionship is precious and very beneficial during the early childhood years. Such schools incorporate Islamic knowledge into the curriculum and teach most topics from an Islamic perspective. This strengthens their faith and makes them confident Muslims.

If there are no Islamic schools where one lives, then it’s time to look at the last option – Hijrah. Hijrah can be made to another city, state or country where children can attend Islamic schools or be homeschooled legally.

To summarise, education is not merely a synonym for great job opportunities and a good worldly life; education is the enrichment of the soul in this world and a gateway to success in the Hereafter. Therefore, Muslim parents should consider the education system their children are part of, explore alternative means of education that are halal and blessed, and give a higher purpose to education. Our Ummah is truly deprived of enthusiastic and talented young adults who utilise the knowledge of duniya to assist the religion of Allah and the Muslims. Therefore, it’s time that we improve our understanding of education, renew our intentions, provide permissible means of education for our children, and finally allow education to benefit Islam and Muslims instead of merely fulfilling our own dreams and desires.

Assalaamualaykum sisters, i can relate to this post in multitudes, i am in a country where i can homeschool and i plan to do so as soon as my children meet the required age. One, idea i have is to simply fulfill the basic minimum requirements by law within my own written curriculum and maybe share the load with a few like-minded sisters. Second, go with an online school, and provide social by way of seeking out like-minded sisters for playdates, a U.S. based accredited online school, https://gatewayvirtualacademy.com/, is one which was recommend; as it is global… Third, idea that… Read more »