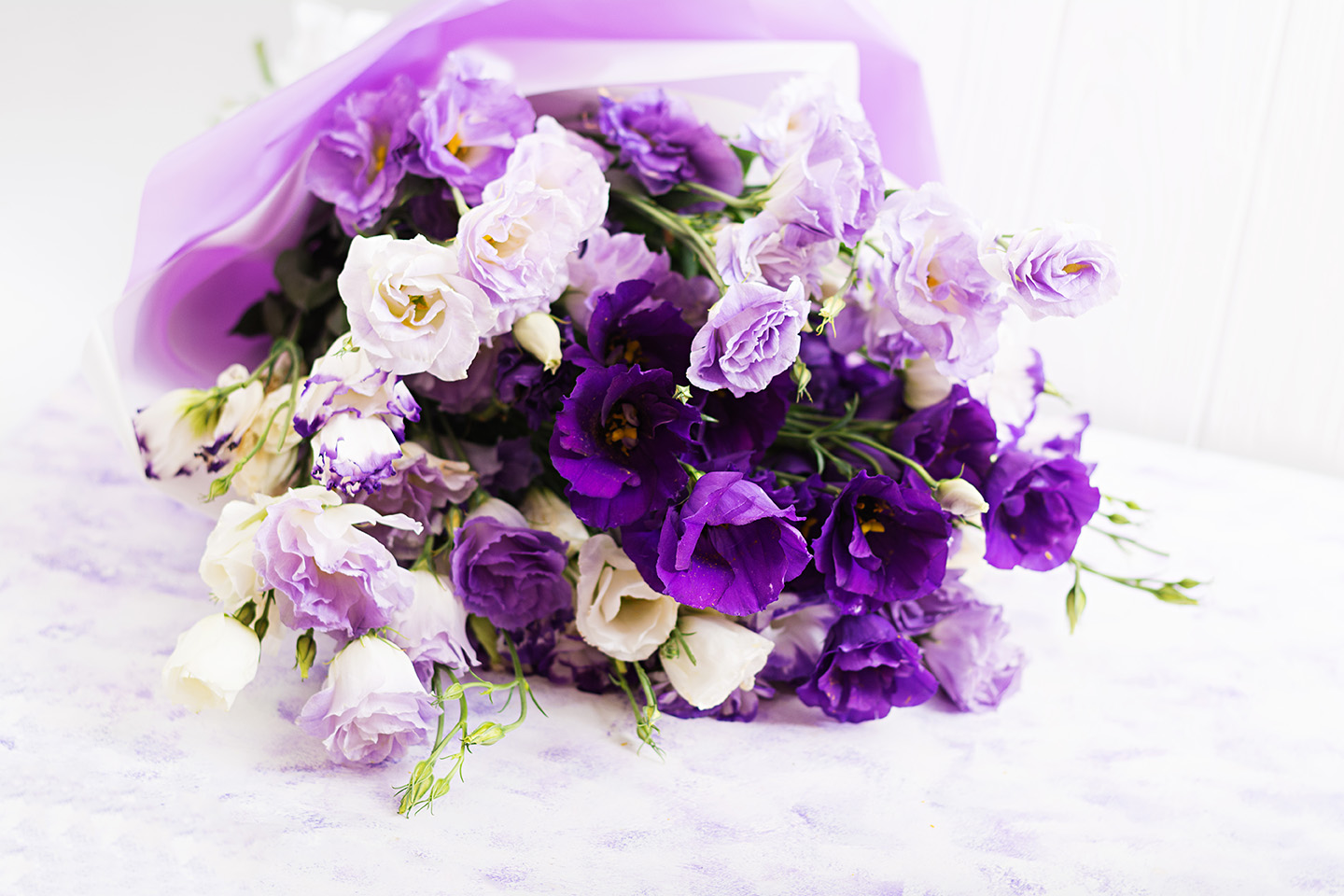 Many parents find it difficult to address some delicate yet major issues as their children become older. Parents need some general guidance on how to go tackle this subject in a wholesome way with their children. They don’t want to dismiss such a sensitive issue, yet they may find it awkward to address. However, Alhamdulillah Islam is a religion that has not left us on our own. Allah has guided us in this matter and others so that we can learn and discuss it from an Islamic perspective in a dignified and natural way. It is amongst one of the most important lessons you will be giving to your children. Introducing them to such topics in the light of the Quran and Sunnah will help them develop the right attitude towards the opposite gender as well as towards the new emotions that they will soon develop. We want them to have a balanced approach. Not taking an extreme path where they feel disgusted or too shy about it nor the other extreme path where we let their own curiosity, media and desires be their source of “knowledge”.

Some parents may ask at what age should you talk about it to your children? The answer is – it depends. It depends on how much the child is mature and on the need to introduce it. If you believe that your child can listen and talk about it respectfully and can comprehend it in a positive way then you need not hesitate to open up a discussion. Below is one of the approaches you may want to take. However, before you start the discussion itself make sure…

You have privacy and are free from any distraction.
You’re both are ready for a discussion.
Your child is comfortable and relaxed to talk to you.
You have some reason to talk about it. Don’t just start talking about it. Look for a prompt.
Your child has some knowledge about modesty, hijab and Islamic segregation of men and women.

Make du’aa to Allah to help you guide your child in the best way.

Now that you have the perfect moment let’s see how this discussion can look like. First, we will discuss the mercy of Allah in creating the love between a man and a woman. Then we will talk about how this blessing should be acquired in a permissible way ordained by Allah – marriage. This attraction and love is beautiful only when it is within the boundaries of Allah, otherwise it turns into something ugly and blameworthy. In the process, we will also discuss the great trial of our modern times – immorality.

[Note: In this article I’m specifically addressing the attraction that Allah created between a man and a woman on a very basic level. However, the following approach can serve as a general guidance to introduce other advanced discussions too of the similar nature.]

First and foremost, begin by referring to the Quran.

They should know that it is Allah who created women as attractive to men.

Allah says, “Beautified for mankind is love of the joys (that come) from women and offspring; and stored-up heaps of gold and silver, and horses branded (with their mark), and cattle and land. That is the comfort of the life of the world. Allah! With Him is a more excellent abode.” (Al-Imraan, 3:14)

This attraction is necessary for them to come together and live together as spouses.

“And of His signs is that He created for you from yourselves spouses that you may find tranquillity in them; and He placed between you affection and mercy. Indeed in that are signs for a people who give thought.” (Surah Ar-Rum, 30:21)

Let them know that the love between a man and a woman (in a marriage) is a blessing and mercy from Allah.

Give examples from your own marriage and the affection between you and your spouse.

Mention that Allah created Hawa to be the wife of Adam (alayhi as salaam). Allah knew that Adam would feel incomplete without a spouse even in the most beautiful place – Jannah.

Explain that men can find women attractive in various ways (and vice versa).

For example, the beauty of their face, body, voice, intelligence, character, other feminine qualities, and so on. However, Allah has provided His slaves with some laws so that we behave in a respectful and responsible manner and not be overwhelmed by our feelings. This is why Allah has revealed the command to lower our gazes, wear proper clothing, act modestly and avoid mixing with the opposite genders.

Highlight the boundaries set by Allah

A man is allowed to find comfort and pleasure only with his wife, and not any other woman (and vice versa). This is why, wives adorn themselves for their husbands but cover and conceal themselves completely from other men. Allah has prohibited women to flaunt their charms and beauty in front of other men.

Allah says, “And stay in your houses, and do not display yourselves like that of the times of ignorance.” (Al-Ahzab, 33:33)

When the command of Allah is disobeyed then we see immodesty and corruption all over the world. The shamelessness of the people is widespread in today’s times and it is among the signs of the Hour.

‘Abdullah bin ‘Umar said:
“The Messenger of Allah (ﷺ) turned to us and said: ‘O Muhajirun, there are five things with which you will be tested, and I seek refuge with Allah lest you live to see them: Immorality never appears among a people to such an extent that they commit it openly, but plagues and diseases that were never known among the predecessors will spread among them…”
(Part of a long hadith recorded in Sunan ibn Majah, graded as Sahih).

Teach them to be mindful of Allah.

Allah says, “He knows the stealthy looks and that which the hearts conceal.” (Ghafir, 40:19)

Allah tells us about His complete knowledge which encompasses all things, great and small, major and minor, so that people will take note that He knows about them and they will have the proper sense of shyness before Allah. They will pay attention to the fact that He can see them, for He knows the fraud of the eyes, even if the eyes look innocent, and He knows what the hearts conceal.

Remind them of the beautiful and perfect names of Allah.

The Prophet (salallahu ‘alayhi wa sallam) said: Verily Allah All Mighty and Majestic is Haleem (Forebearing), Hayee (Shy), Sitteer (Covering). He loves modesty and shyness and covering. Therefore when any of you bathe let him cover himself (i.e. from the sight of people). [Abu Dawud, An-Nasaa’ee, al-Baihaqi, Ahmed, graded as sahih]

Remind them that their actions are being recorded and that their body parts will be questioned by Allah on the day of Judgement.

“That Day, We will seal over their mouths, and their hands will speak to Us, and their feet will testify about what they used to earn.” (Sura Ya Seen, 36:65)

The Messenger of Allah, peace and blessings be upon him, said, “Three eyes will not see the Hellfire: an eye standing guard in the way of Allah, an eye weeping from fear of Allah, and an eye lowering its gaze from what Allah has forbidden.”
(al-Mu’jam al-Kabīr, Sahih li ghayrihi)

Thus, warn them and encourage them to protect their eyes and hearts from various immoralities whether it is on screen or off screen.

Give examples from the lives of the noble Sahabah.

For example, Uthman ibn Affan (radiAllahu anhu) was so bashful that even the angels were shy of him. And how Ayesha (radi Allahu anha) would not enter the room (of her apartment) where Umar ibn al Khattab (radiAllahu anhua) was buried (along with Prophet Muhammed salAllahu alayhi wa sallam and her father Abu Bakr) except she fastened her garments due to shyness from the presence of Umar (ra).

Another good example is the story of a Sahabiyah mentioned in al Bukharee.

Ibn `Abbas said to me, “Shall I show you a woman of the people of Paradise?” I said, “Yes.” He said, “This black lady came to the Prophet (ﷺ) and said, ‘I get attacks of epilepsy and my body becomes uncovered; please invoke Allah for me.’ The Prophet (ﷺ) said (to her), ‘If you wish, be patient and you will have (enter) Paradise; and if you wish, I will invoke Allah to cure you.’ She said, ‘I will remain patient,’ and added, ‘but I become uncovered, so please invoke Allah for me that I may not become uncovered.’ So he invoked Allah for her.”

Towards the end of your discussion help your child comprehend the various dimensions of this topic by summarising it. May Allah nurture the modesty and purity in our children’s hearts and protect them from the evils of today.

Note: On a practical level, make sure that you are a person who closely follows the commands of Allah with regards of Hijab, segregation and so on. Also, you don’t want to watch or allow your children to watch inappropriate content or read inappropriate books. Remember, children learn more from your example than your speech.

Barakallahu feek My Dear Sister… Excellent work .We Need more mother’s like you.Lots of Love and Duas in your way In sha Allah.
..May Allah Reward you In this world and Aakhirah for Your Humble and Honest Efforts and May Almighty Allah Make Your Children Coolness of Your Eyes.Ameen

This is a sacrifice with no equal. May Allah bless the effort.
I don’t mind being part of the team.